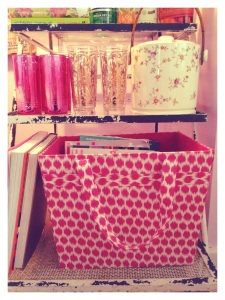 Bar carts.  Their everywhere.  Their the Don Draper of interiors right now, and I think it’s safe to say their not going anywhere anytime soon.  Bar carts are nothing new really, their like any other trend, their popularity has waxed and waned until one day fifty years later their reborn into something fresh and new.  And if Mad Men has taught us nothing else, it sure as hell has taught us that when times get tough,  you go make an Old Fashioned.

But lets get philosophical about bar carts for a moment.  Oh yes I’m going there.  I am going to be the crazy lady that seeps meaning into the theory of why bar carts are having their hay day again.  So here it goes.  Sure we all like to get crunked from time to time, and you bet our bar carts are there for that.  But dare I say that they also allow us to be present in a way we otherwise wouldn’t be.   I know it sounds like a crock of shit, and maybe it is-but I think unless your an absolute drunk this can be true.  I can assure you, you’d be hard pressed to find a bar cart that is messy, and ill equipped.  And I venture to say that most people that have bar carts are probably pretty particular about the way they look.  This is not entirely superficial.  I think it’s a new adage that says “messy bar cart, messy life.”   Now, it’s obviously not the booze that make us more present, I think the moment of presence is short lived inbetween the actual making of the drink, and consumption of it.  It’s ceremonial, you have to slow down and think about what your going to create, and take the time to do so.  I think like any other thing in our lives in which we are particular about, and that we approach with intent-the purposefulness lies there.  We are more present through intention. There is a little chalkboard plaque above my bar cart that reads, “Sit, read, drink” and maybe it’s as simple as that…and maybe it’s not